In stress incontinence, the testosterone . At its low levels of the 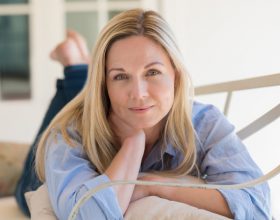 researchers from Massachusetts General Hospital in Boston (United States) have associated an increased risk of suffering from this form of urinary incontinence. We talk about it with Dr. Rodolfo Hurle, Humanitas urologist.

Stress urinary incontinence is characterized by involuntary loss of urine following physical exertion; in that of urgency, losses occur when the need to go to the bathroom occurs. There are also mixed forms of incontinence.

The researchers started from studies already conducted on experimental models. It was seen how testosterone administration was associated with hypertrophy of the muscles pelvic floor with improvement in incontinence symptoms. The levator ani muscles, included in this muscle band, have receptors for androgens such as testosterone.

«Testosterone, the male sex hormone, is also present in variable quantities in the female gender and performs some functions; among these the maintenance of the muscle tone of the pelvic floor seems to be among the main ones, as confirmed by the study in question ”, explains Dr. Hurle. “A decrease in serum testosterone levels in women could result in a reduction in the tone of the muscular sphincter of the urethra and determines, as a contributing cause, the loss of urine during sudden physical exertion”.

Why is the association valid only with stress incontinence?

«The mechanisms that determine an“ urge ”incontinence are different from the previous form. In this case it is the bladder muscle, an autonomous “smooth” muscle, therefore different from the “striated” muscles of the pelvic floor, which contracts regardless of the patient’s efforts to hold the urine; the bladder muscle generates a pressure that exceeds that present in the urethra causing urinary loss “.

Could you think of a testosterone-based therapy for women with incontinence? “The use of a testosterone-based therapy in women has been proposed several times for multiple pathologies,” recalls the expert. «The results of the study presented at the congress of American Urologists is attractive however, before starting a clinical trial, it will be necessary to weigh well the pros and cons that this therapy may have. Today we already have some molecules, such as duloxetine, which are used in the treatment of stress urinary incontinence in women, ”concludes Dr. Hurle.

Poster and trailer of ‘Icarus’, doping according to Netflix!

Review and purchase test on Body-Building-Anabolics.com