Home » All You Need To Know About Sophie Arvebrink Steroids

All You Need To Know About Sophie Arvebrink Steroids 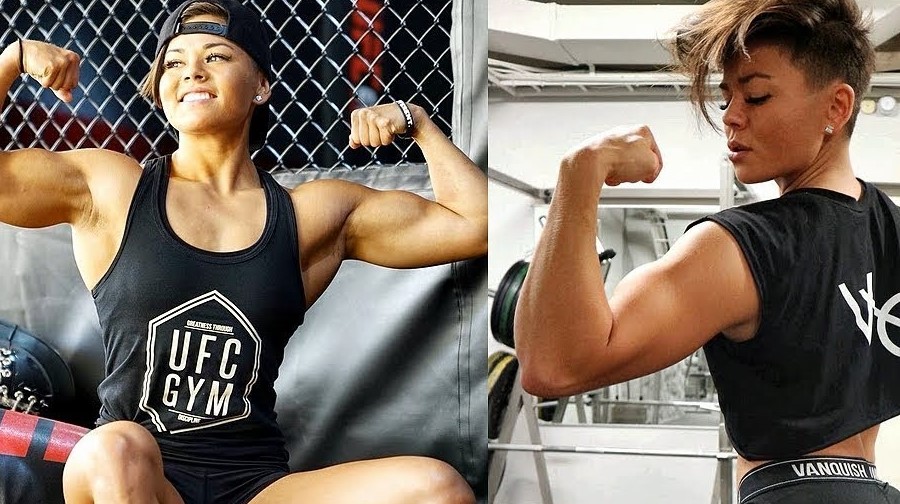 Born in Stockholm, Sweden 29 years ago, Sophie Arvebrink is a model, fitness trainer and social media personality. Sophie Arvebrink gained popularity in social media circles with the pictures and videos she posts of her amazing transformation into a she-hulk. But what caught the interest of the bodybuilding community is her claim that she achieved her muscle mass gains without the use of anabolic steroids.

Sophie Arvebrink had picked up an interest in bodybuilding because according to her, she was too skinny and wanting to bulk up. She began hitting the gym as far back as her  final year in high school. Sophie was so smitten by the thrill of lifting weights and sweating out in the gym that she decided not to go to college, but to build a career as a model and personal fitness instructor.

Sophie hits the gym every day with just one or a couple of off days in a month. She even workouts twice a day on some days and engages in a number of high intensity exercise routines that would keep the average person confined to their home for some days of recovery. Sophie Arvebrink does a number of sets that involve the lifting of heavy deadlifts to build her back, delts and traps. She is once quoted as saying that “I think shoulders are, aesthetically speaking, the most appealing muscle group on the human body”.

For building her shoulders Sophie Arvebrink has a workout plan which she willingly shares with her doting fans on social media. According to her, she would begin by warming up with 4 sets of 10 seated dumbbell press workouts which she steps up to 5 sets of 8 after she has warmed up.

After this, Sophie would perform 3 sets of 10 side lateral raise, 3 sets of 10 seated dumbbell shrug, 3 sets of 10 seated bent-over rear delt raise and 5 sets of 12 reverse machine flyes. Working out her shoulders is an everyday routine for Sophie Arvebrink and this is even on her off days. She has developed massive arms and shoulders, but to think that she was able to achieve this feat without the use of steroids to support her shoulder workouts, is really just bordering on the realms of fantasy.

Considering that Sophie performs intense workouts daily to build her shoulders and with no day off, it really begs the question – ‘doesn’t she need recovery from unavoidable muscle strains and injuries?’

Sophie also says that she does not have a consistent dietary plan, but that because she workouts and lifts heavy weights daily, she has to eat loads of good quality, healthy calories. However, this alone cannot justify the enormity of her build.

Steroid use by women is not a new phenomenon and many athletes including bodybuilders have been known to use a number of anabolic steroids to enhance their overall performance.

The use of anabolic steroids by women helps to increase body and muscle mass size while also improving their rate of recovery from muscle related injuries. From just looking at Sophie Arvebrink after training pictures and seeing her bulging biceps, traps and delts, it is hard to imagine that she went from being “too skinny” to being massive without using gear.

Speaking of juice, it is possible that Sophie Arvebrink is on any of the following female-friendly anabolic steroids;

Anadrol is one of the most effective steroids for bulking. This steroid will also boost stamina, strength, recovery and overall endurance. Anadrol increases the amount of oxygen delivered to the muscles which helps to reduce lactic acid build up when lifting heavy weights in intense workout sessions. A dose of between 1 and 5 mg per kilogram of body weight is the recommended daily dosage. 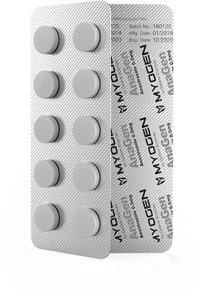 With this orally administered anabolic steroid, Sophie Arvebrink could build up her strength, stamina and endurance levels. Considering that she works out daily, this could well be one of Sophie Arvebrink Steroids. A typical Anavar cycle runs for 8 weeks and the dosage includes;

Anavar offers tremendous bodybuilding gains, it also has some side effects worth noting, such as; oily skin and while  it may be difficult to state categorically, some of the images of Sophie does show some oil shine, although it could be argued that it’s just the lighting and camera.

Deca is administered intramuscularly and assuming Sophie Arvebrink is not reluctant to shoot up steroids, this is on AAS that she could possibly use. Deca builds muscles, boosts strength, increases stamina/endurance and promotes quick healing from muscle tears. A dose of 50 mg per week for between 4 to 6 weeks is the recommended injectable intake and this steroid is known to cause an enhancement of male traits in female users. 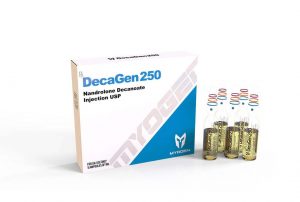 Primobolan is a well tolerated steroid and helps athletes to sustain their muscle mass gains. Typical dosage includes a daily intake of between 5 to 10 mg or a weekly dosage of between 50 and 100 mg. Primobolan is known to lead to enhanced male features and characteristics in women. This includes increased aggression which could explain why Sophie Arvebrink is able to spend a tremendous amount of time in the gym.

Another one of the suspected Sophie Arvebrink Steroids is Winstrol. This anabolic steroid is also taken orally with between 10 and 20 mg per day for 6 to 8 weeks as the typical dosage for athletes. Winstrol can be stacked with other steroids including Anavar and like Anavar this steroid builds both muscle mass and strength. Winstrol also boosts agility, speed and energy levels. Something that Sophie may require to workout at a gym on a day to day basis.

Anadrol, Anavar, Nandrolone, Primobolan and Winstrol are suspected Sophie Arvebrink Steroids for the simple reason that they are all well-tolerated by females and effective in providing significant bodybuilding gains, such as; enhanced strength, increased stamina, a boost in energy levels, greater endurance and exceptional recovery time. While Sophie’s fans may be hoodwinked to believe that her new found physique is all natty, she would be quickly rebuffed in the bodybuilding community.

How Big Can You Get Naturally Without Using Anabolic Steroids?