Home » Use of Performance-enhancing Drugs in Sports, and Athletics

Use of Performance-enhancing Drugs in Sports, and Athletics

The use of performance enhancing drugs in sports is on the rise and doping in sports is truly a global problem. As long as human beings are driven by a sheer will to succeed in whatever endeavor they pursue, they would do just about anything to surge ahead. Sportsmen and women are no exception to this rule and in fact, they may even be more motivated to win whatever sporting event they participate in.

Also known as ergogenic aids, performance enhancing drugs or PED are so widely available today that athletes from all over the world can now have access to their drug of choice.

USADA tests only U.S based athletes, however WADA conducts doping tests for athletes from every part of the world before, during and after an international sporting event. Founded by Dick Pound on the 10th of November 1999, WADA is also responsible for the interpretation and enforcement of punitive measures for doping offenders.

There are many types of performance enhancing drugs in sports with each offering different forms of performance-related benefits to athletes. However, despite their obvious benefits, there are also notable drawbacks associated with these PEDs.

Here are some known legal performance enhancing drugs used by athletes including their benefits and possible health risks: 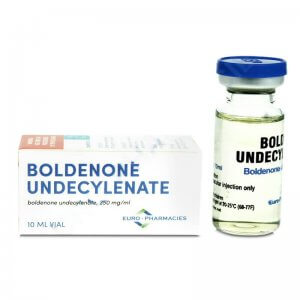 Anabolic steroids also help to minimise damage to muscles arising from intense physical exercises. This is a great benefit of steroids as athletes are able to recover quickly from the rigours of a training session in time for another grueling session. The frequent use of steroids can result in gynecomastia or or men’s breast, infertility, an enlarged prostate gland, deeper voice (in women), increased facial and body hair growth, hair loss and baldness, acne, high blood pressure, cardiovascular issues, and drug addiction.

The testes, ovaries and adrenal glands produce a hormone known as androstenedione or andro for short. In men and women, this hormone is usually converted into estradiol (a type of estrogen) or testosterone. With the use of andro, athletes would be able to train intensely and for much longer while still being able to recover in time from strains, injuries, and muscle damage. Andro is a legal performance enhancing drug which also has some health risks that are similar to anabolic steroids. These risks also include; acne, breasts enlargement, shrunken testicles, stroke and the risk of a heart attack. 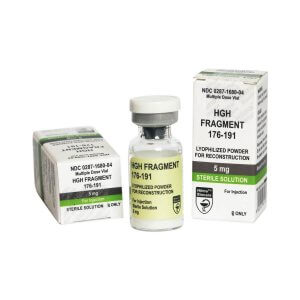 The human growth hormone or HGH offers users the same anabolic effects as steroids and this is one of those performance enhancing drugs in sports that help to build muscle mass and improve overall performance in athletes. However, while anabolic steroids may help to improve both endurance and stamina, HGH may not necessarily offer these benefits.

This performance enhancing drug is administered by injection and can only be prescribed by a qualified medical practitioner. Some of the health challenges encountered by athletes that use HGH include; weakness of muscles, joint pains, fluid retention, hypertension, and an enlarged heart.

Erythropoietin hormone is normally used in the treatment of anemia in patients especially when arising from acute kidney disease. Erythropoietin helps the body to generate more hemoglobin and red blood cells. Red blood cells help to convey oxygen rich blood throughout the entire body and that includes all the body’s vital organs and muscles. When athletes use Erythropoietin they will benefit from the increased oxygen to their muscles and this enhances their stamina and endurance levels.

Top cyclists involved in the Tour de France doping scandal back in the 1990s were known to have used Erythropoietin. This performance enhancing drug is known to be responsible for an increased propensity to pulmonary embolism, stroke, and heart attack in athletes.

With diuretics, you have drugs that help to reduce the electrolytes in athletes. When the balance of salts and fluids in the body is altered, it could result in dehydration, but this is exactly what many athletes want as it helps them to lose weight. Also, diuretics act as masking agents when athletes are looking to beat a routine urine drugs test. Diuretics can help to dilute urine to a point where performance enhancing drugs previously taken are not detected.

While diuretics can help athletes evade detection during a urine doping test, they do have their risks and apart from dehydration, the other health concerns include; muscle cramps, deficiency in potassium, dizziness, and poor concentration. The loss of electrolytes due to the use of diuretics can also lead to a drop in blood pressure and even death.

Stimulants are used by athletes to boost heart rate, increase blood pressure and stimulate their central nervous system. With stimulants, athletes will have enhanced endurance levels, aggressiveness and alertness. Stimulants also help to suppress hunger while also minimising tiredness and general fatigue. Caffeine is a stimulant that is commonly used by athletes and they can get this from energy drinks.

Other known stimulants used by many athletes to enhance their performance level in sports include amphetamines, ephedrine, methamphetamine and even cocaine. The health risks associated with the prolonged use of stimulants include; dehydration, heart palpitations, tremors, weight loss, hallucinations, hypertension, stroke, and heart attack.

There has been a lot of debate with regards to the legalisation of some performance enhancing drugs in sports. However, while that debate continues, WADA is tough on athletes that are caught doping on banned performance enhancing substances. In the meanwhile, athletes are known to use PEDs to improve their workout and training performance during off season. They usually operate a program designed to build up their strength, stamina, endurance, weight and muscles to a point where it will be sustained leading up to a competitive sporting event.