Do Steroids Make Your Penis Smaller? 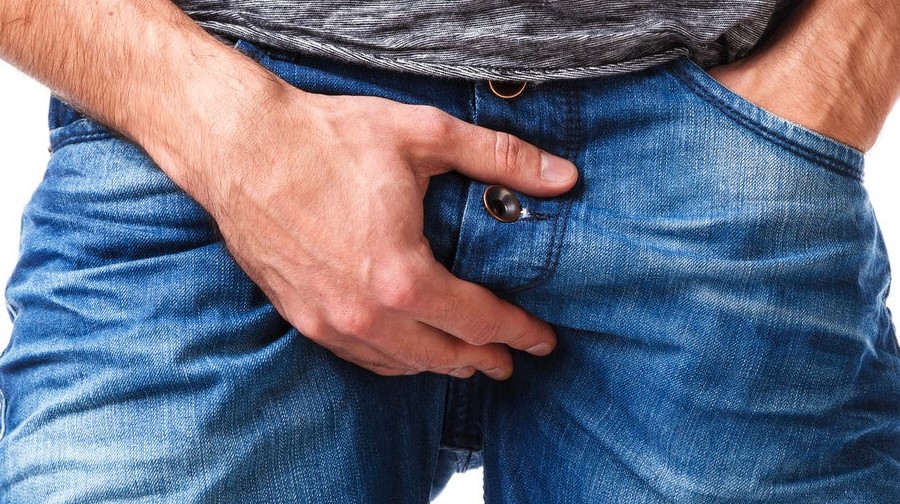 There is a general misconception by the public and surprisingly, some strength and performance athletes like powerlifters, weightlifters and bodybuilders that steroid use can make a person’s penis shrink. While this is a completely erroneous belief, the question of – do steroids make your penis smaller? is sort of a paradox in the fact that some steroids can indeed adversely affect penile size, but only when taken under certain circumstances. This article will seek to explain what type of steroids can cause penile shrinkage and under what circumstances can this health issue occur.

I. Underage Steroid Use

Steroids are exogenous synthetic hormones that are introduced into the body usually either intravenously or orally. When you use steroids that turn into estrogen, such as: Testosterone enanthate (Test), Equipoise or Nandrolone, you could hinder the normal growth of your penis if you are an underage steroid user.

By definition, an underage steroid user is any one that uses androgenic-anabolic steroids before the age of between 18 and 21 years. It is generally agreed amongst medical experts that a person still grows and develops into an adult only when they reach 21 years. This means that before the age of 21, the penis of a male child is still growing and developing. If steroids that turn to estrogen are used while a person is still below the age of 21 years, it is possible that the growth of their penis will be slowed down.

Ironically underage steroid use also works both ways. It is possible for underage steroid users to experience penile enlargement with the use of steroids that do not turn to estrogen, such as: Anavar, Masterone or Primobolan. These steroids will increase the exogenous synthetic male hormones surging through a person’s body and cause them to exhibit prominent male characteristics like a deep/hoarse voice, large vascular muscles, and also a bigger penis size. If steroids that do not convert to the female hormone (estrogen) is taken when a person is not yet a fully mature adult, their manhood could be permanently enlarged.

II. Steroid Use and Shrunken Testicles

The general misconception that steroids can make the size of a person’s penis go smaller emanated from the idea that steroids can cause testicular shrinkage. When steroids are consumed, the body’s natural production of male hormones like testosterone which is produced by the testicles will cease to continue. This is because the amount of synthetic hormones in the body is high, so the response by the body to this increase in hormonal levels, is to shut down its natural production. 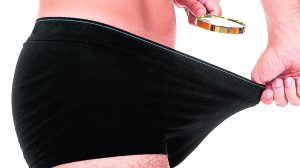 By so doing, the testicles which produce testosterone will temporarily shrink in size. It is this shrinkage in the testicles that led to the misconception that steroids can make a male user’s penis smaller in size.

When running a steroid cycle, it is not unusual for your testicles to appear smaller than usual. This is perfectly normal even though it could be cause for embarrassment. However, the shrinkage is not normally a permanent phenomenon and your testicles should return to their normal size between 2 to 4 weeks after a steroid cycle has ended.

III. The Importance of PCT to Testicular Shrinkage

In order to hasten the speed at which your testicles return back to their normal size, it is important for steroid users to undergo post cycle therapy (PCT). PCT involves the use of testosterone enhancers and estrogen blockers to boost your testosterone levels while reducing the level of estrogen in your bloodstream. PCT will help to regulate your natural hormonal levels and this will lead to the return to normalcy of your testicles as they begin producing testosterone as they normally would. 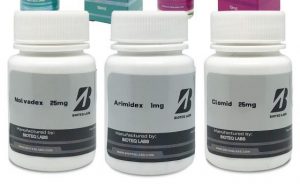 While steroids like Nadrolone, Test or Equipoise will not shrink the penis size of a full grown adult, they may hinder the growth of a prepubescent male if taken indiscriminately without the use of estrogen blockers or the supervision and guidance of a qualified medical practitioner.

On the other hand, if steroids are taken by fully grown adults, it can lead to a shrinkage of the testicles, but this is only a temporary condition that should be cleared up some weeks after a steroid cycle has ended or quickened with post cycle therapy (PCT).

So if you are one of those who wrongly believe the steroids can cause penile shrinkage, you should be rest assured that there is no truth in such claims. As mentioned before, you have nothing to fear if you are using steroids in accordance with recommended dosages. However,  steroid use for children (except for medical purposes and under strict medical supervision) is not advised, as steroids that convert to estrogen can actually cause male children to have stunted penile growth.

How Big Can You Get Naturally Without Using Anabolic Steroids?

Is it Safe to Use Steroids to Build Muscle?